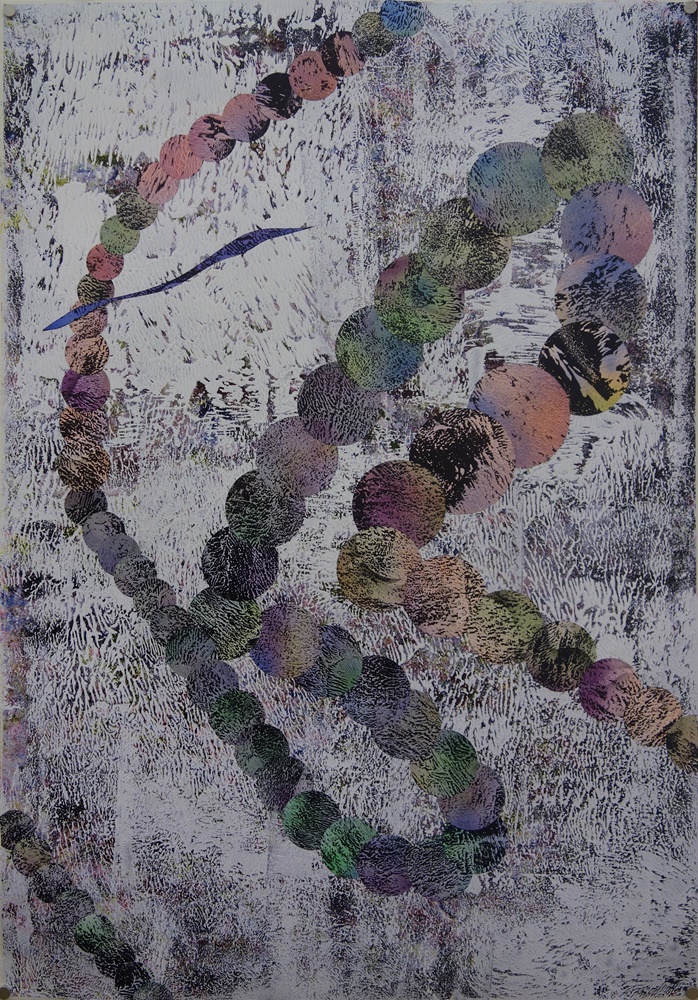 "My grandparents in the country introduced me to nature. To cut wood, build a fire.. the only way to transpose this to a city was to tag. Climbing, like on a tree, breaking a door.. more and more I’ve abandoned the codes ruling urban areas. In a forest where nothing belongs to anyone, you can break branches to make a fire, if you want an apple, you grab it.” - Paul Saeio, 2015

The works in this exhibition “Karma Solaire” are in loving remembrance of my dear friend, the artist and poet Paul Saeio (1987 – 2017).

I first met Saeio in New York in the spring of 2013, although I had admired his wildly unique street paintings for years. When he entered my friend’s Brooklyn studio that night in May his infinite magnetism and cosmic aura radiated a Parisian intensity and realness that instantly fascinated me.