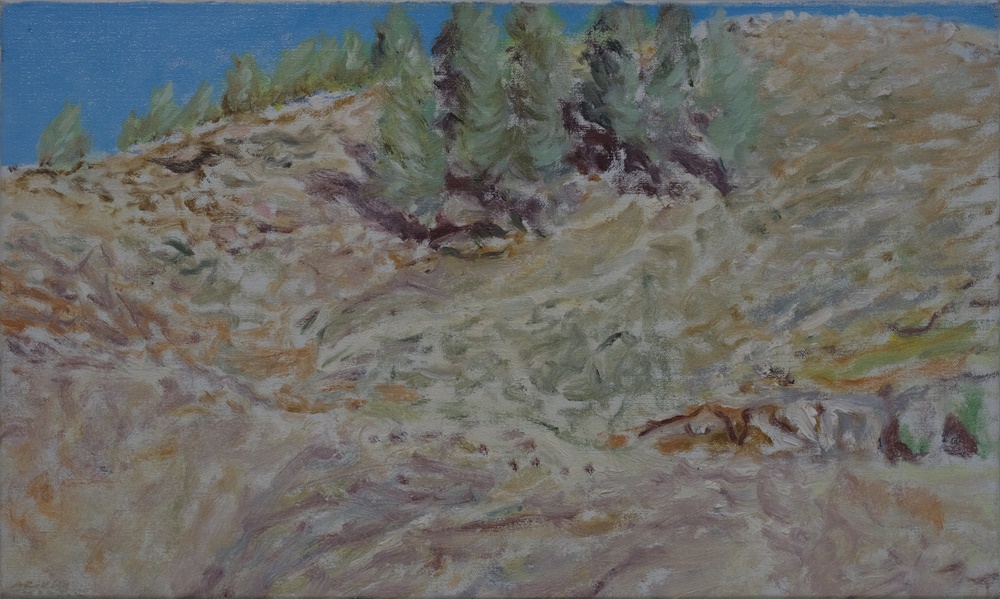 Blain|Southern presents Landscapes, a selection of landscape paintings and drawings by Avigdor Arikha (1929-2010), one of the great observational artists of the late twentieth century. The gallery now represents the Estate of Avigdor Arikha and Landscapes is the first exhibition of the artist’s work. The exhibition is on view on the second floor, beginning a new programme of simultaneous exhibitions at the Berlin gallery.

While Avigdor Arikha is highly regarded for his interiors, still lifes and portraits, most of which he painted in his Paris studio, he also spent long periods in Israel and New York, and he never failed to take his pencil or brush along with him. Spending summers in Israel, he painted the warm walls, arid hills and desert vegetation, and during his frequent trips to New York City, the city’s rhythmic, rising grids became a new view to stimulate his eye and hand. His adopted hometown of Paris was his most frequent subject, from iconic Haussmann cityscapes, to seemingly overlooked patches of the city. Wherever he landed his eye, he found a subject, or a structure, worthy of a picture. Landscapes allows viewers to travel with the artist, and to see places and perspectives that were important throughout the artist’s life.