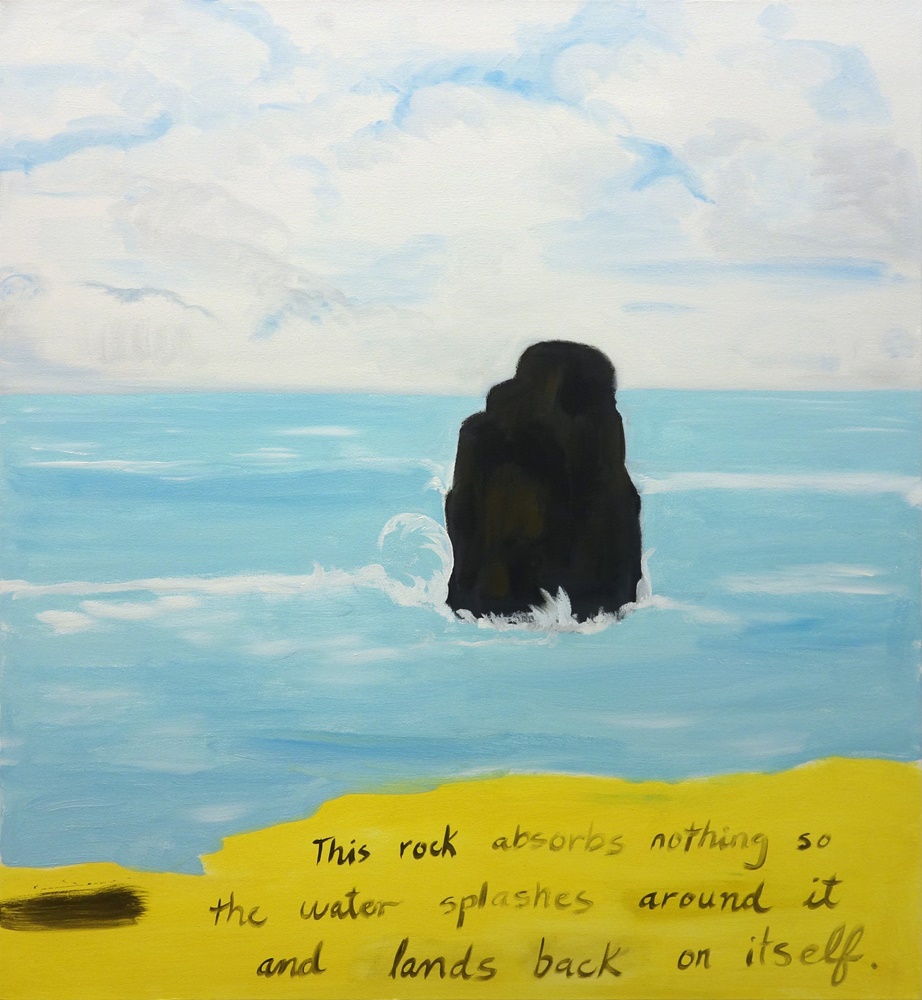 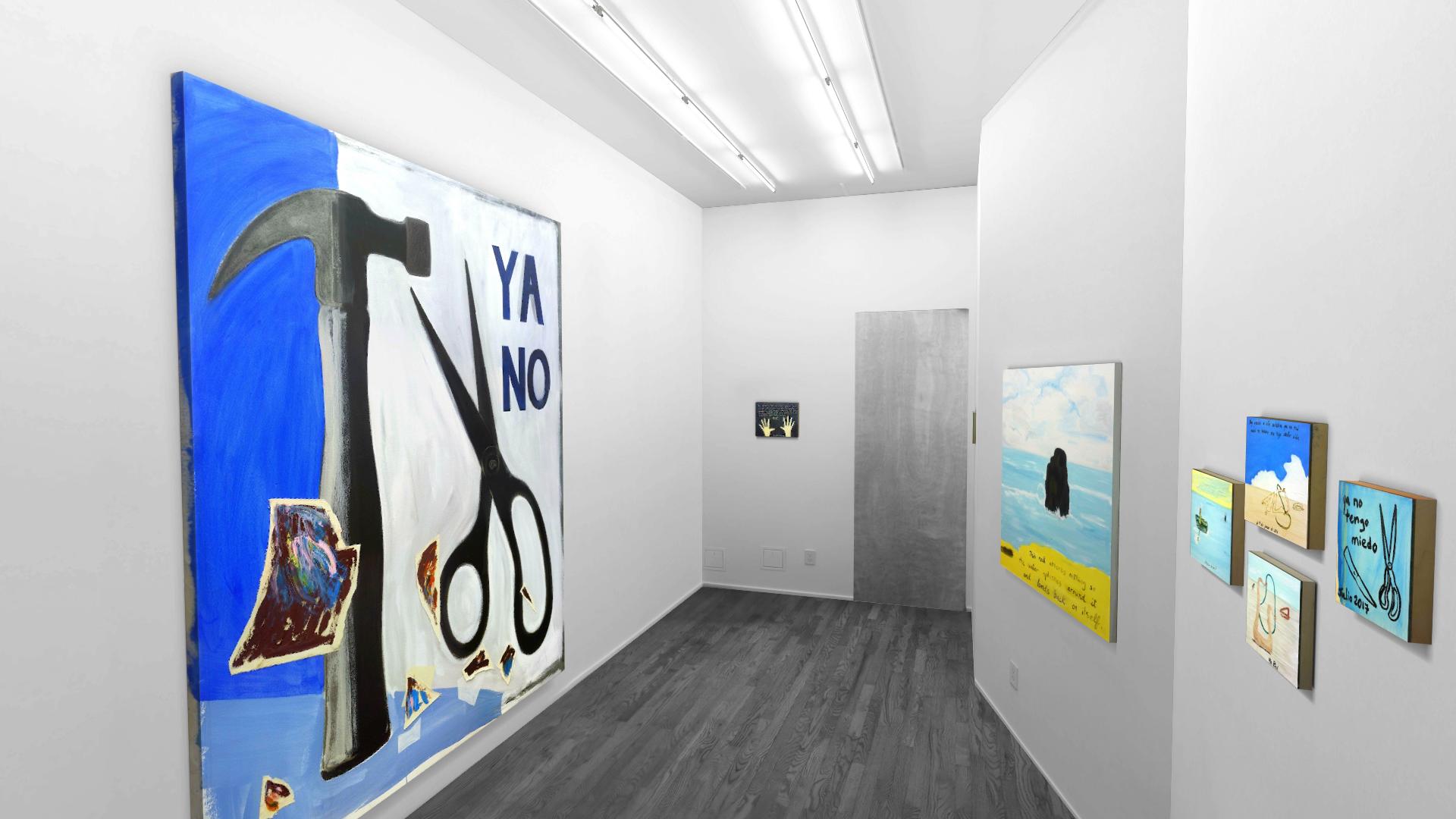 Ulterior Gallery is pleased to present This rock absorbs nothing so the water splashes around it and lands back on itself, a solo exhibition of new works by Emi Winter.

Emi Winter has been a painter since the 1990s, working largely in the abstract tradition; however, over the past five years her work has moved in a more figurative direction. Of this reorientation Winter says simply: “I wanted to know more.” Abstraction was no longer providing answers for her internal questions, and an increased interest in reconnecting the mysteries hidden in the human psyche with the painted surface prompted forms and images to emerge in her work.

Winter lets these new paintings speak for themselves, often quite directly. Conscious intent plays a role in their creation, but a limited one; Winter allows her process to direct the work’s unfolding. This openness to happenstance and discovery creates conditions for imagery to surface—imagery that is at once stark, ambiguous, and psychologically fraught.