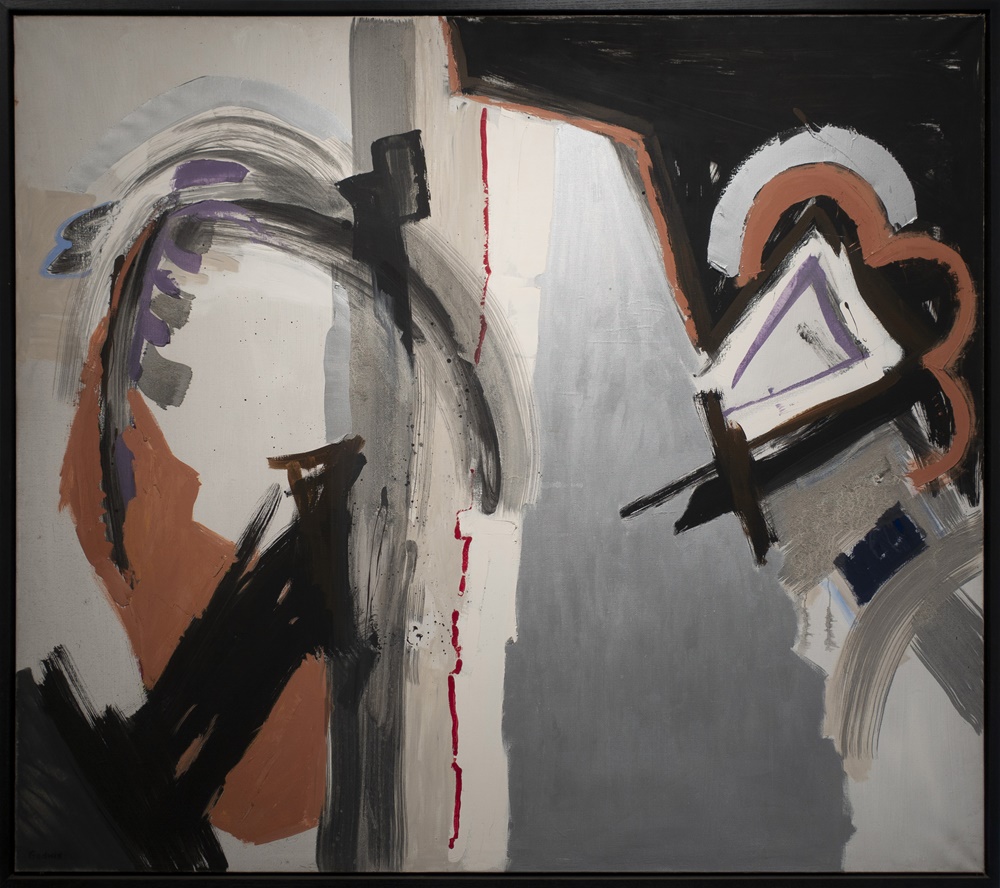 For Judith Godwin, painting “is an act of freedom and a realization that images generated by the female experience can be a powerful and creative expression for all humanity.”[i] From 1950, when she first exhibited her work, to the present, Godwin has held to her convictions, using a language of abstract form to respond with unbowed directness and passion to life and nature. Her aim throughout her career has been to “emphasize what is important by painting the image of my feelings on canvas—to accept my feelings honestly, and not [to] falsify.”[ii] Through her studies with Hans Hofmann, her long association with Martha Graham and Graham’s expressive dance movements, her participation in the early burgeoning of Abstract Expressionism, and her love for Zen Buddhism and gardening, Godwin has forged a personal and unique career path.