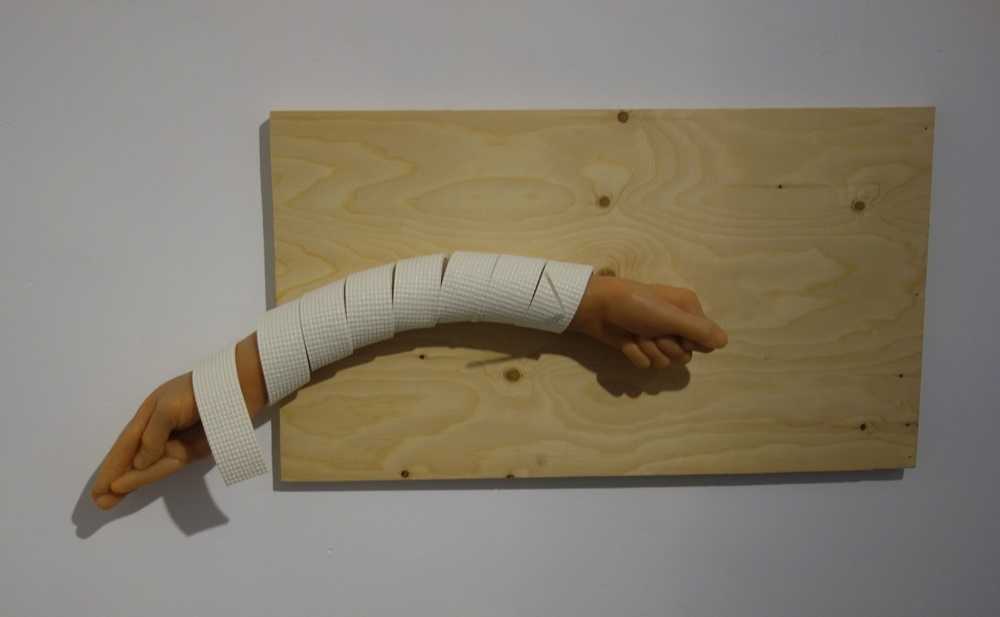 Kai Matsumiya welcomes Maryam Jafri’s debut solo exhibition, “War on Wellness.” The centerpiece is “Where We´re At,” a work in which the artist has fabricated an 8 ½ ft by 8 ½ ft functional crossword puzzle made of wood in collaboration with noted crossword puzzle constructor Ben Tausig, a regular contributor to the New York Times and other national newspapers.

The black squares, usually used as fillers, are here converted into bookshelves with books glued directly onto the wood. The sixteen books selected by Jafri span historical, contemporary, academic, pop, self-help, business and fiction genres. The books employed were inspired by a list of six books circulated by the New York Times shortly after the surprise result of last year’s presidential election. Jafri’s sixteen books were chosen for their relevance to the present political moment. These books include seminal works by Friedrich von Hayek (economist from the Austrian School of Economics, a precursor to the Chicago School), fiction by Margaret Atwood, Ayn Rand and Newt Gingrich, advice books by PT Barnum and Jon Kabat-Zinn, and Ibn Khaldun´s Muqaddimah, a 14th century book cited by many as the first work on supply side economics. The clues, focusing on inequality, gender and race politics, and recent US history, are written in black vinyl directly onto the wall nearby. A letter-size take-away of the crossword puzzle is available to visitors who wish to solve it.