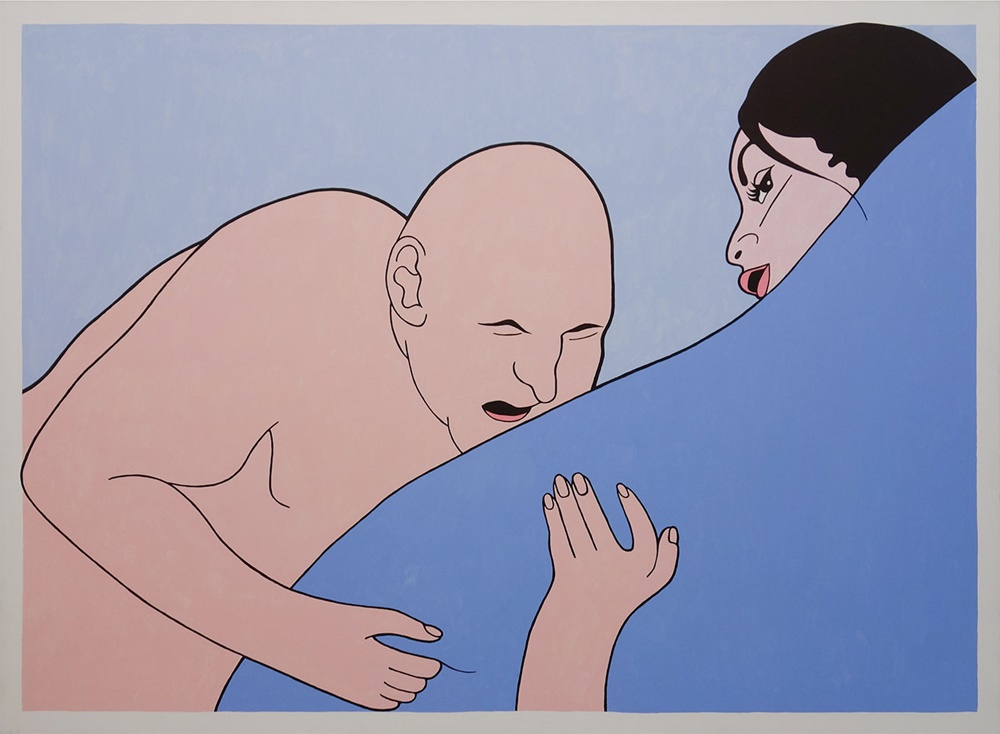 Fredericks & Freiser is proud to announce an exhibition of paintings by John Wesley. Together and Alone presents a group Wesley’s work from the 1980s to 2000s that suggests the loneliness and tensions of contemporary life. Bold negative spaces, enigmatic couplings, and a dream-like sense of anxiety highlight an aspect of Wesley’s production that communicates a synthesis of neurotics and erotics.