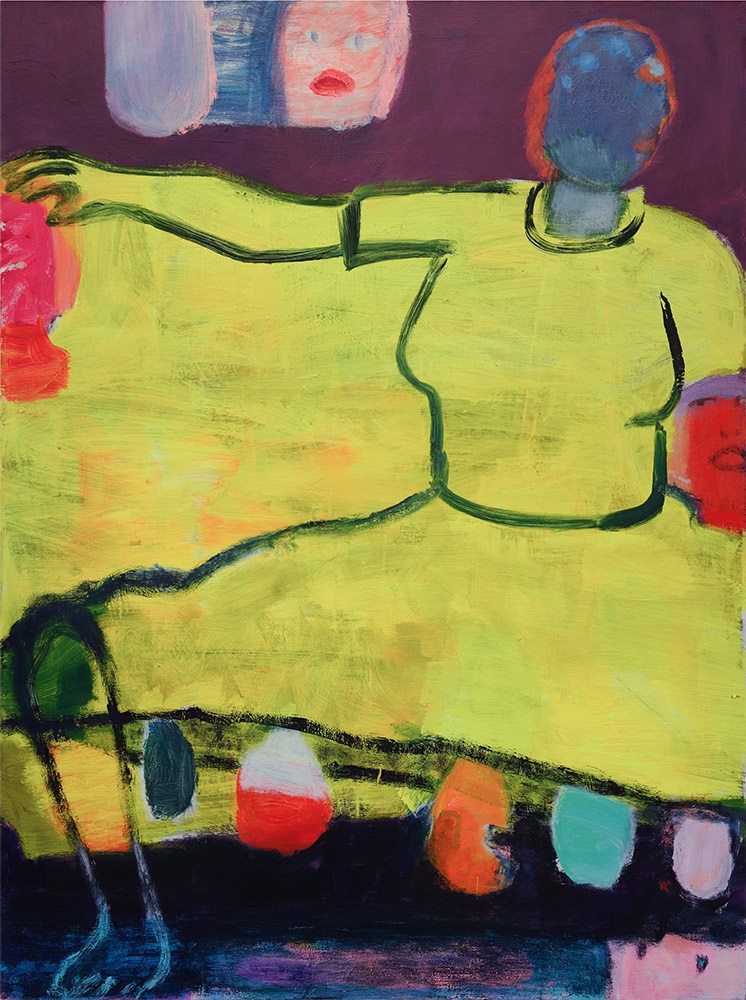 CANADA is pleased to announce Friends and Strangers by Katherine Bradford, the artist’s second solo exhibition with the gallery. This show finds the artist channeling an environment of febrile political and social change through paintings of individuals and groups negotiating communal and emotional spaces. Simultaneously, the works maintain a hard-won painterly detachment and stand as a chronicle to her own history and artistic journey.

Bradford’s paintings, while steeped in figuration, have an internal logic that clearly addresses Modernist painting of the quieter branch (Milton Avery, Barnett Newman, Mark Rothko). The paintings are built from wide expanses of color which lock the surfaces of the paintings into cohesive planes of thought at once taut and inviting.