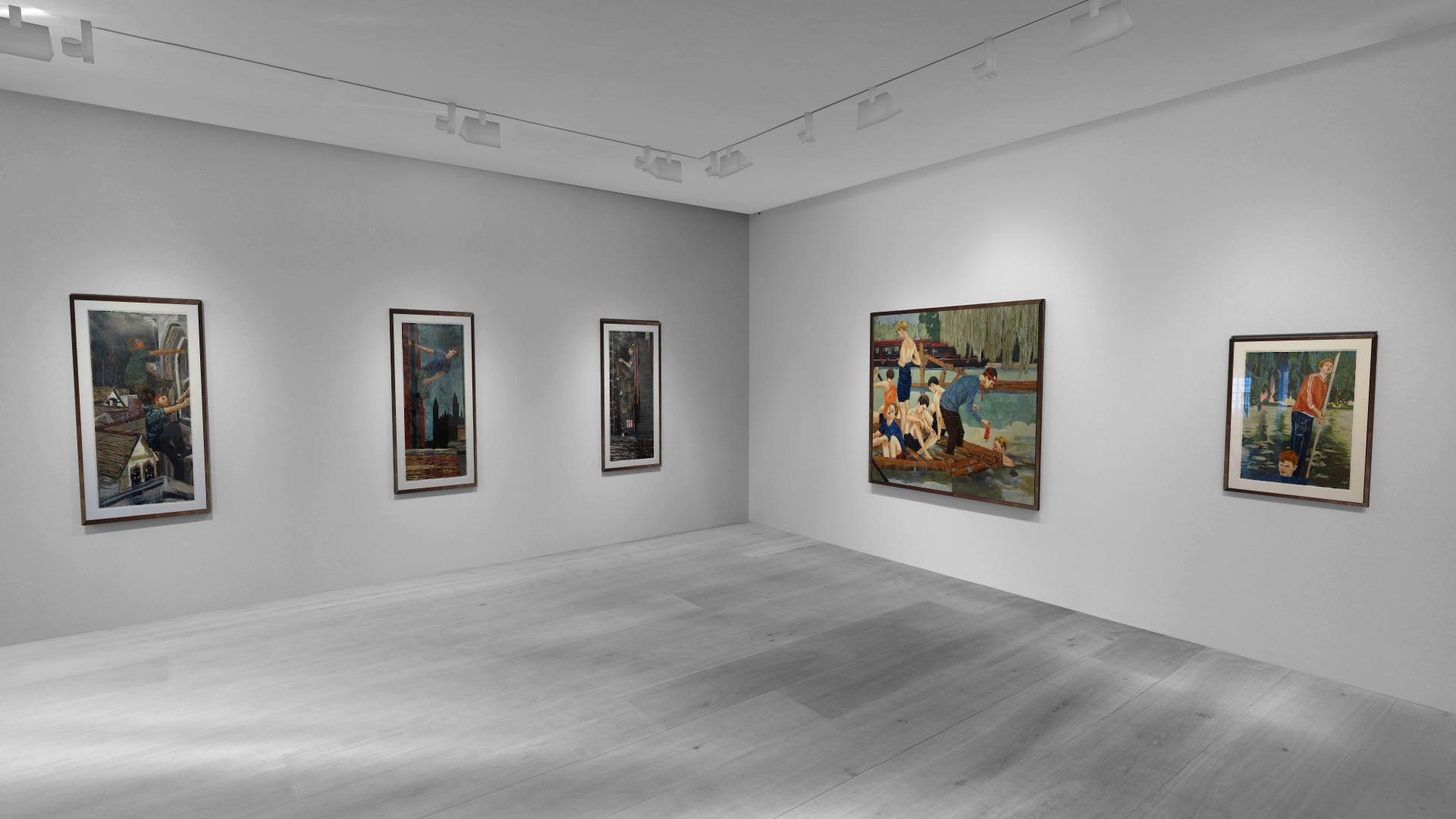 Following a period of research while in residence at Jesus College Cambridge in 2016, Bas has developed new subject matter including the famed ‘Night Climbers of Cambridge’, a group of students whose nocturnal ascents of the ancient buildings of the university and town, taking photographs while trying to avoid detection, gained them a cult following during the early decades of the twentieth century.