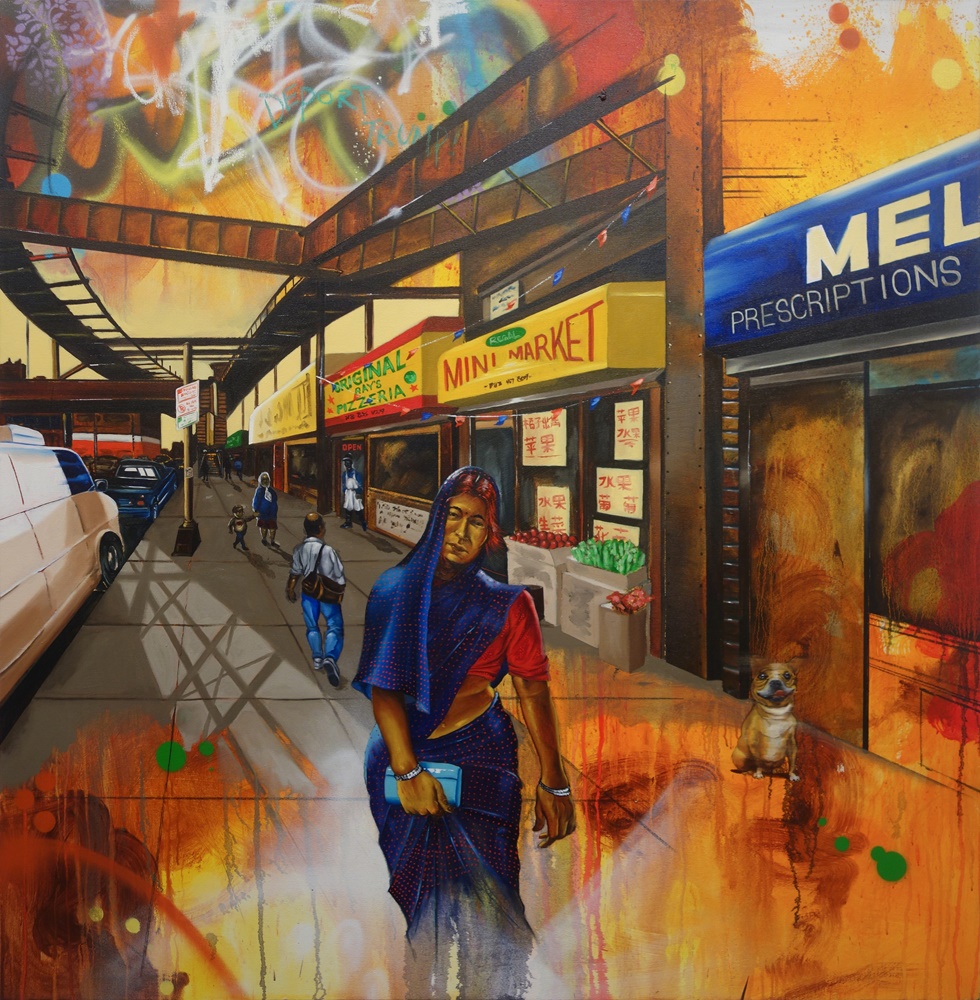 P·P·O·W is pleased to present the gallery’s first solo exhibition with Chris Daze Ellis. Daily Commute will feature paintings, drawings, and pastels that reflect Daze’s exploration of and reflection on New York City, a subject that has always permeated his work. Daze first gained notoriety as a teenager in the late 70’s and early 80’s for painting on subway trains and city streets, before transitioning to painting on canvas and showing at alternative and established art spaces around the world.