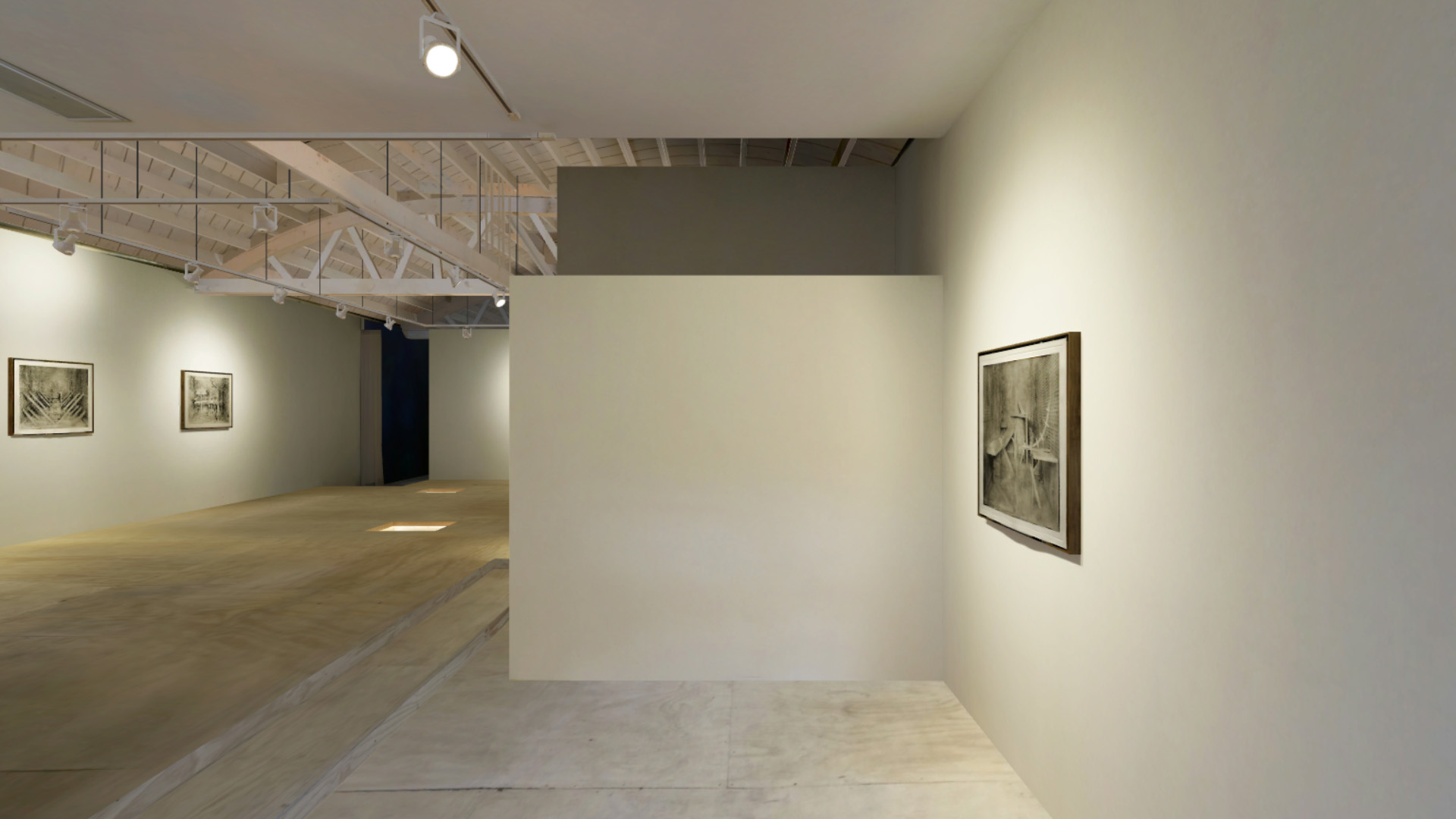 Klowden Mann is pleased to present our third solo exhibition with Los Angeles-based artist Rodrigo Valenzuela, Journeyman. The exhibition features a series of eight photogravures from Valenzuela’s new photographic series, Stature, as well as ceramic sculptural works embedded into a raised wooden floor throughout the main gallery space. In Klowden Mann’s project space, two of Valenzuela’s video works will be shown for the first time in Los Angeles, “Prole” (2015) and “Tertiary” (2018). The exhibition runs from February 29th through April 11th, with an opening reception for the artist on Saturday, February 29th from 6-8pm, as well as several screenings of 20th century films whose visual and conceptual language relates to the exhibition throughout its run.

Artists: Rodrigo Valenzuela
Available: February 29, 2020 - April 11, 2020
About: Valenzuela’s work in photography, video and installation is rooted in contradictory traditions of documentary and fiction, often involving narratives around immigration and the working class. Stature, Valenzuela’s new photographic series, extends practices he has refined over the past five year... more >> Valenzuela’s work in photography, video and installation is rooted in contradictory traditions of documentary and fiction, often involving narratives around immigration and the working class. Stature, Valenzuela’s new photographic series, extends practices he has refined over the past five years. Studio constructions, or “performances for the camera” as he calls them, are built and rebuilt in the studio in order to be photographed from a fixed perspective. In this series, he creates the enclosing stage and every object within by casting concrete and clay from discarded consumer electronics packaging. The negative space of the trash becomes the positive space of the construction. The cast objects are not glued or affixed to each other, but are balanced in tenuous arrangements that vary from abstract to highly anthropomorphic “monsters.” The choices of polystyrene forms and concrete as a medium provide Valenzuela an indirect means to explore the discards and inversions of capitalist endeavor. As in his previous four series of photographed studio constructions, he embeds references that interest and influence him, from surrealist painting to Latin American brutalist architecture to Ursula Schulz-Dornburg’s images of post-Soviet era bus stops in Armenia. The layering of social critique, art historical awareness, re-evaluation of the traditions of documentary photography, and a sense of play are signature to Valenzuela’s work. The use of concrete also references the physicality of institutions, and the way in which the ubiquity of concrete in institutional structures embeds the power of the institution in the material. Valenzuela allows his photographic constructions to become monsters as a way to talk about the authority we give bureaucratic structures; we build institutions because we need them, then we gift them with power and authority, and then we fear them. The choice to present these images as photogravures, one of the earliest forms of photographic prints, links this same process to the history of photography, and the tension between social classes that formed the background for the initial invention and growing popularity of the medium. The photogravure process also presents a weight of technique and material that resists the immediacy that we usually assign to photography. The sculptures in Journeyman further speak to the visceral experience of institutional visual language. Viewed from above, the ceramic works resemble engines, machine parts isolated from any recognizable function, sitting in solitary confinement in the floor and lit in a way reminiscent of altars, and yet much more punishing--both foreboding and beautiful. Viewing the sculptures from above they also become a metaphor for a city; a hyper-bureaucratized landscape that we build wherever we form large communities. In Valenzuela’s continuing series of Sense of Place and New Land landscape photographic paintings, he has used photocopies in his process as a stand in for the material of bureaucracy, with an open landscape composition that offered and critiqued the Western promise of freedom. Here that same bureaucracy takes the form of a city, viewed from above in order to give the viewer a sense of being able to map their own position, but only in pieces; the embodied experience of navigating these spaces never allowing us a full view of our surroundings. The video works in the exhibition, “Prole”, 2015 and “Tertiary”, 2018 both address institutional power and the minority experience within the institutional mode of being. In “Prole”, the narrative follows the way in which the working class can build antibodies against institutions through unionization, and “Tertiary” offers a representation of the way in which the technology of reproduction resists representing brown and black bodies. “Teritiary” was most recently shown at The Kitchen in New York in 2018, and “Prole” at The New Museum in 2019. Rodrigo Valenzuela (b. 1982, Santiago, Chile) completed an art history degree at the University of Chile (2004), then worked in construction while making art over his first decade in the United States. He holds a BA in Philosophy from Evergreen State College and an MFA from the University of Washington (2012). Valenzuela’s many residencies include Light Work in Syracuse, NY; a Core Fellowship at the Museum of Fine Arts, Houston, TX; Skowhegan, ME; Bemis Center, NE and the Center for Photography at Woodstock, NY. In addition to Klowden Mann, solo exhibitions include The New Museum, New York, NY; The USF Contemporary Art Museum, Tampa, FL; Arróniz Arte Contemporáneo, Mexico City, Mexico; Orange County Museum of Art in Santa Ana, CA; Portland Art Museum, OR; Upfor, Portland, OR; Laurence Miller Gallery, NY, NY; The McColl Center, Charlotte, NC; Galerie Lisa Kandlhofer, Vienna, AU; Frye Art Museum, Seattle, WA; Museo de Arte Contemporaneo, Santiago, Chile, and many others. His awards include a 2017 Painters and Sculptors Grant from the Joan Mitchell Foundation, an Artist Trust Innovator Award, and inclusion in Open Sessions 10 at the Drawing Center, New York.