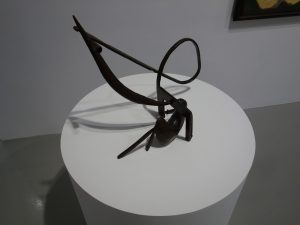 Hauser & Wirth is pleased to present its first New York solo exhibition of work by David Smith (1906 – 1965). Offering a fresh, in-depth examination of his varied career, ‘Origins & Innovations’ brings together the artist’s paintings, drawings, photographs, and sculptures of the 1930s alongside examples of his later work, for which he is best known. Instead of isolating distinctions between media or periods in Smith’s oeuvre, this exhibition elucidates the connections between his earliest inspirations and his life-long investigation of their potential.