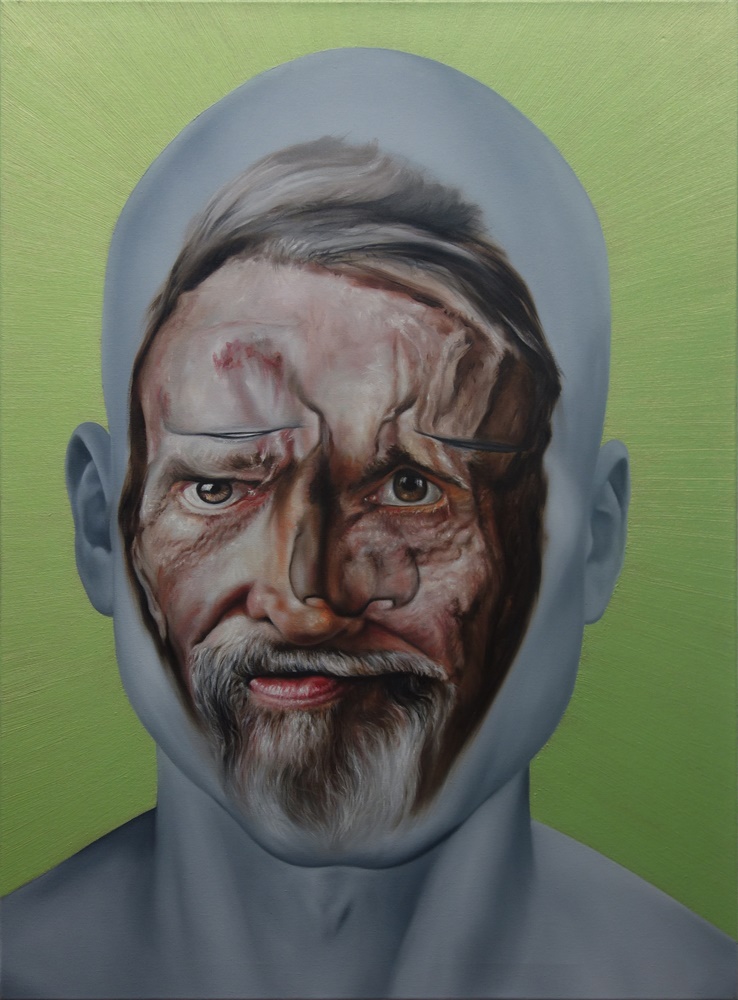 The Face FS series that began in 2004-2005 is characterized by a human soul represented by a bloody fleshy face trying to take possession of the super human’s face. This superhuman is a standardized mass–produced creation in grey and a perfect looking. The addition of technology transplants into the human body and the replacement of human organs by technological organs is the first step of the fabrication of super-humans.The artist meant to emphasize a confrontation between two opposed worlds: the standardization of the person by science versus the uniqueness of the individuals. This confrontation can be disturbing for the viewer at a first step. This might be caused not only by the power of Image that art work has but also by the intention of the artist forcing the viewers to face the issues of our time and deal with them.