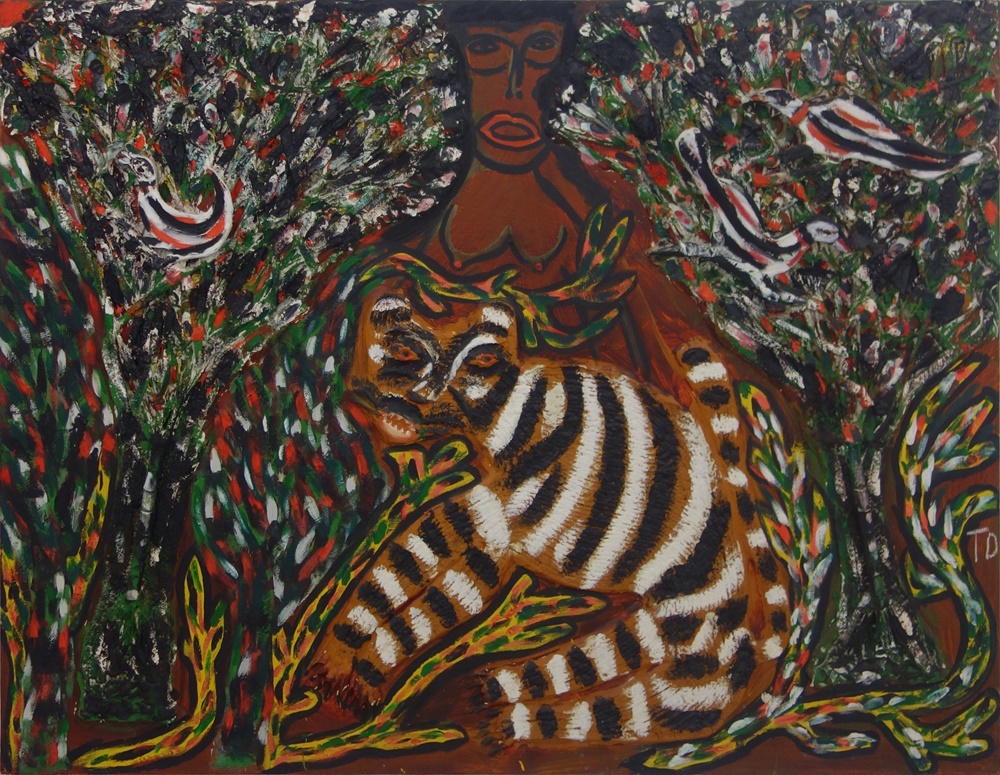 David Lewis is pleased to announce a survey of major works by Thornton Dial.

In 1993, Dial made his New York museum solo debut with Thornton Dial: Image of the Tiger, at the New Museum (in association with the American Folk Art Museum). Of these works, Amiri Baraka said: “The paintings featured in Thornton Dial: Image of the Tiger will have to be acknowledged, one day soon, as one of the most important artistic gestalts by a North American painter of the period, and remember that these are a single fragment of Dial’s oeuvre.”1 Roberta Smith, writing in The New York Times, said: “Thornton Dial’s work is just one more sign of things to come, and of things already here.”2 Since then, Dial’s work has only grown in thematic scope and material virtuosity. Nevertheless, despite nearly three decades of celebration, despite numerous museum surveys, including the upcoming survey History Refused to Die at The Metropolitan Museum of Art, Dial’s achievement is still somewhat marginalized, and misunderstood.