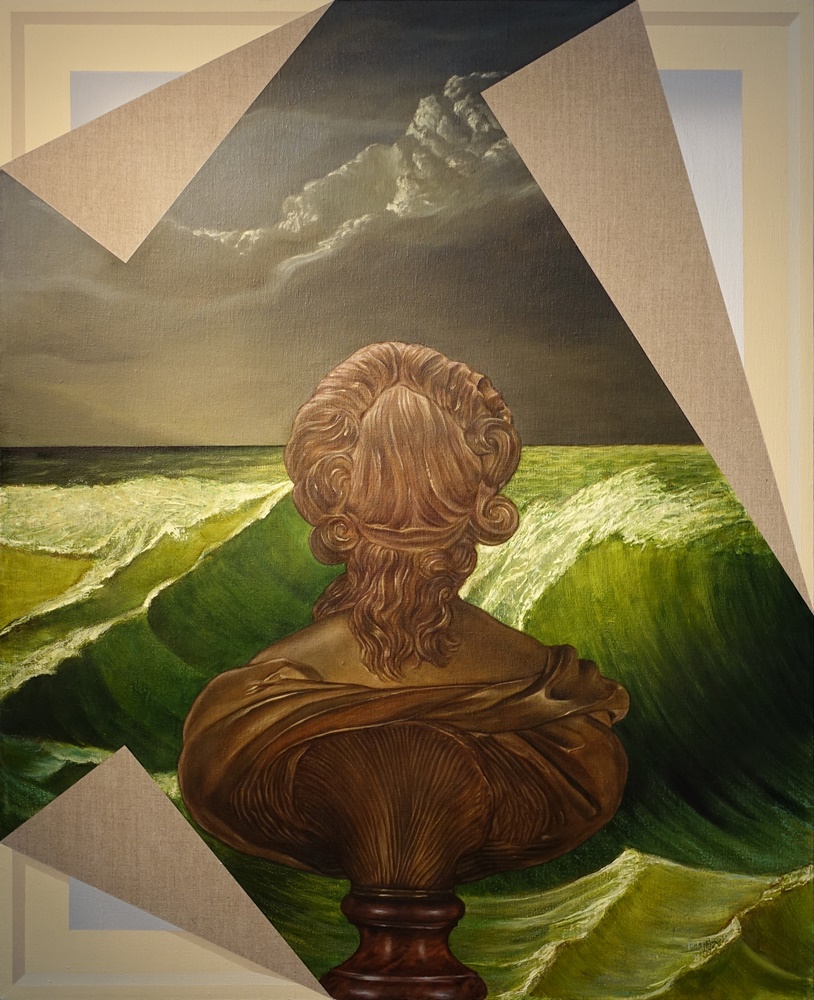 yours mine & ours is pleased to present, BLACKOUT, a solo exhibition of new paintings by Matt Hansel. Exploring the dark space wherein we allow ourselves to creatively take a leap of faith, Hansel crossbreeds traditional modes of European painting with comic imagery, all the while coating these recognizable images in shades of grey awaiting illumination.