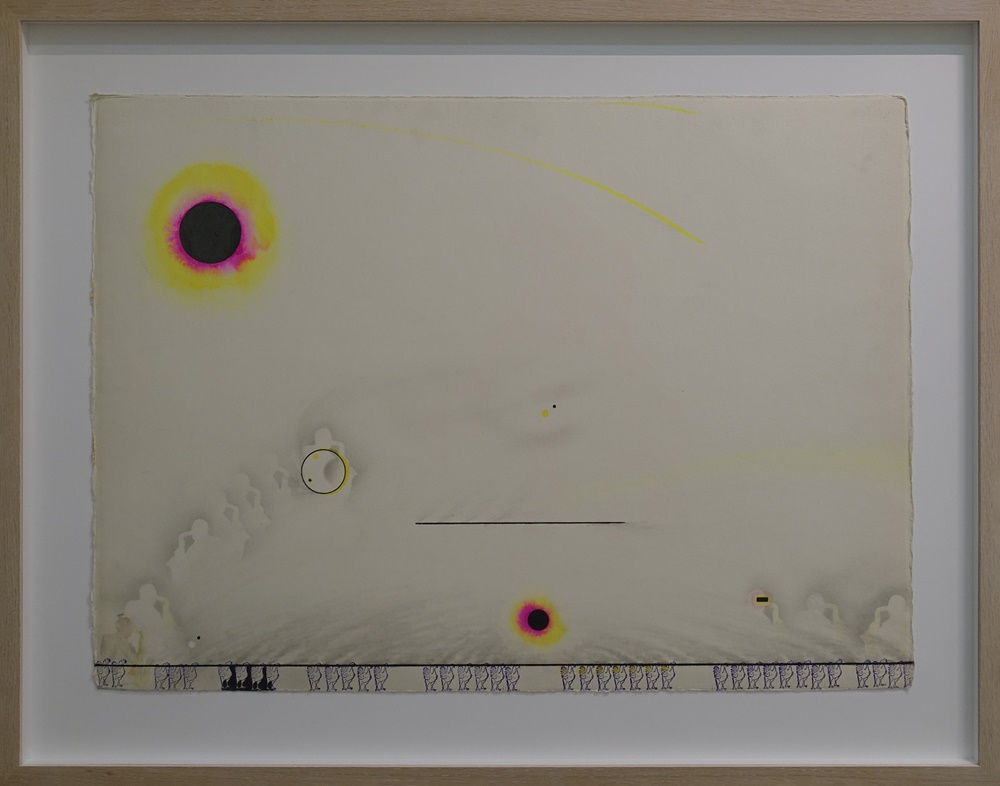 Jack Shainman Gallery is pleased to present the first ever exhibition of works on paper, by Barkley L. Hendricks, Them Changes. With these newly discovered bodies of work, the exhibition highlights the fundamental features of Hendricks’s practice with a mode of representation that is so clearly distinct from his best known paintings.

The following is an excerpt from a text written by Laila Pedro on the occasion of this exhibition:

Paintings made by Barkley L. Hendricks are instantly recognizable. His figure’s presence resonates with Hendricks’s own confidence, certainty, and irreverent, abrasive honesty. These aspects come through in the qualities of line and color, and in the focus of intensity – the attentive, nearly scientific, probing way in which Hendricks focused on his subjects. While we associate these characteristics with portraiture because that is what we know of him, in fact, they are more broadly applicable and present in other forms and styles in his work.