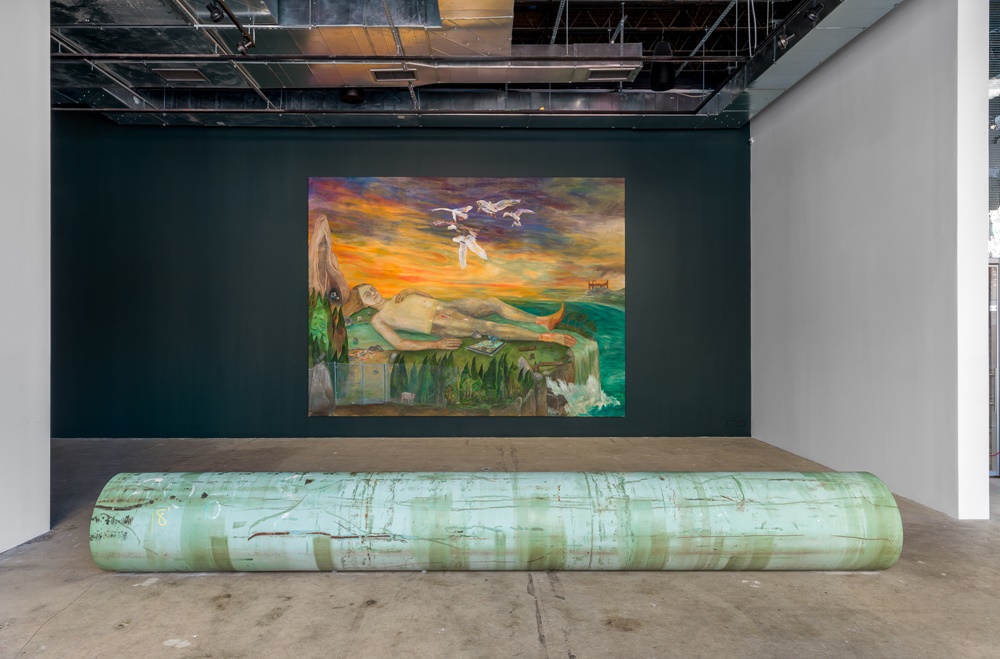 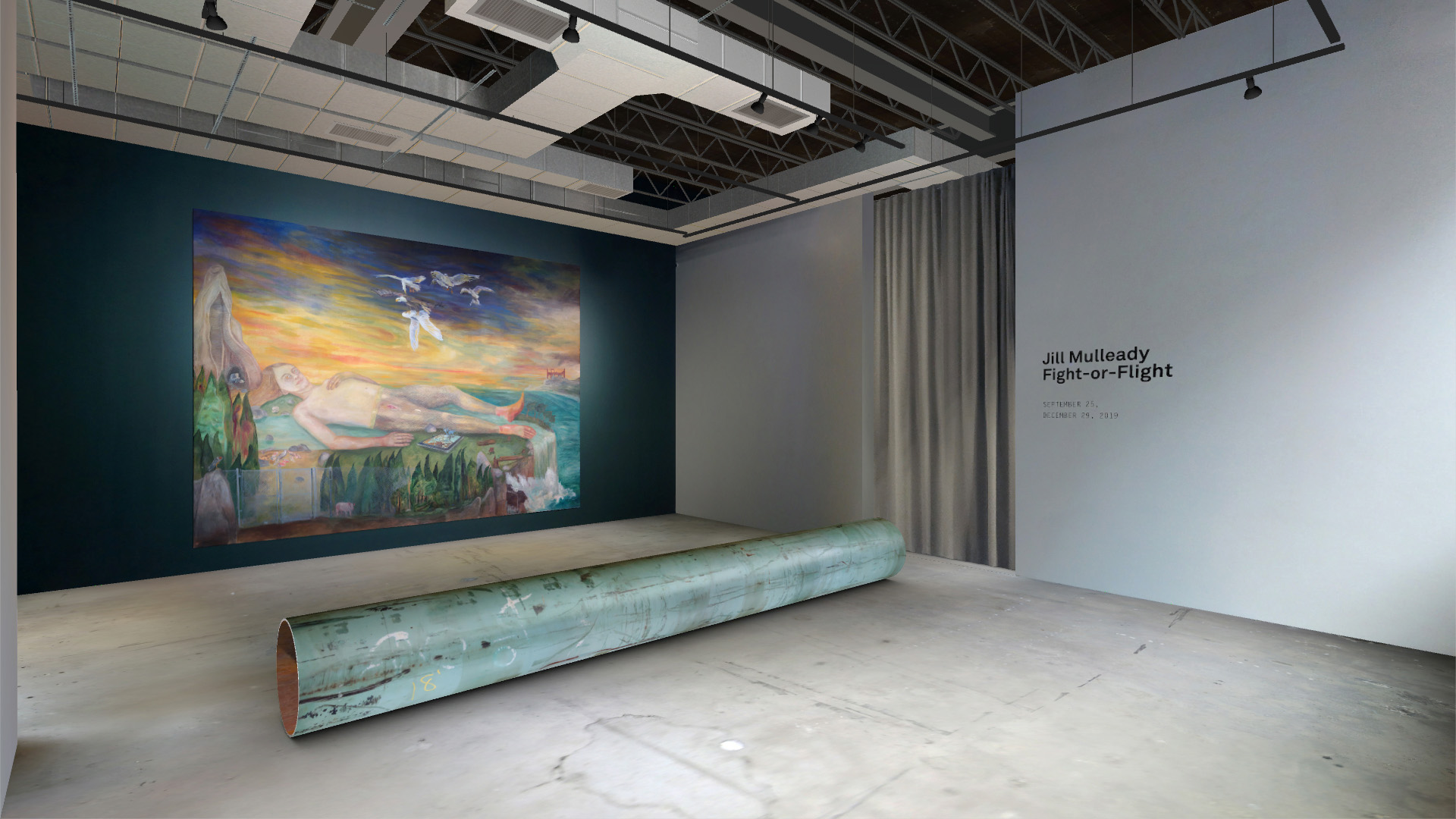 Swiss Institute is delighted to present Fight-or-Flight, the first US institutional solo exhibition by Jill Mulleady. Drawing on the history of SI’s location at 38 St Marks Pl, originally built in 1954 as a bank, Mulleady has created a group of new, interrelated works that weave a speculative allegorical fiction. Centered on a monumental painting, Fight-or-Flight roots out fantasies, motivations and fears hidden in the building’s walls in order to depict a mythological landscape of polarization and crisis. The physiological stress responses of the exhibition’s title are enacted by a number of characters in Mulleady’s paintings and woodcuts, who either adopt extreme or violent survival methods, or retreat into isolation.