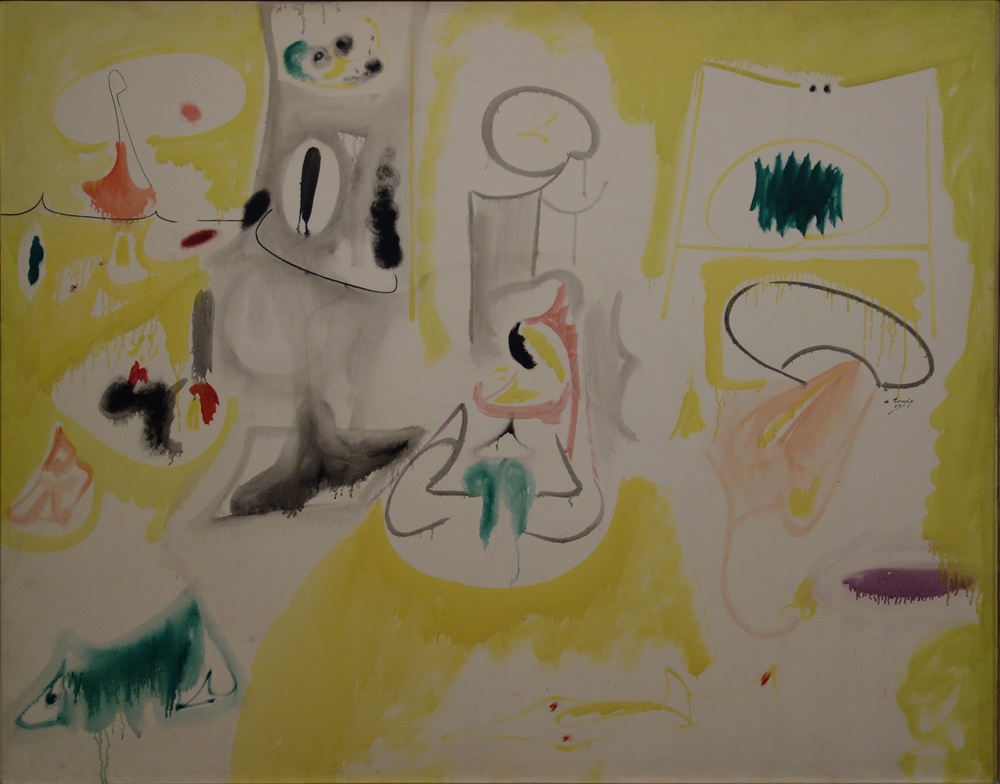 ‘Ardent Nature. Arshile Gorky Landscapes, 1943 – 47,’ is Hauser & Wirth’s inaugural presentation of works by Arshile Gorky, a seminal figure in the shift to abstraction that transformed twentieth-century American art. By the early 1940s, Gorky had already begun to liberate himself from artistic convention, forging a powerful, if enigmatic, visual language that built upon the freewheeling lyricism of Surrealism and anticipated the concerns of Abstract Expressionism. His breakthrough came in the summer of 1943, during an extended stay at Crooked Run Farm, the Virginia homestead owned by his wife’s parents. Here, the artist became enchanted by the bucolic surroundings, and his response to the fields, blooms, patterns, and colors around him began to manifest in vibrant compositions. The resulting works from this period, filled with organic forms and infused with extraordinary expressive freedom, are among the most moving of Gorky’s career.